On August 22nd, 1639, a sliver of land was bought by Andrew Cogan and Francis Day of the East India Company. Since the land was considered to be a ‘wasteland’ and unfit for agriculture, the local Nayak rulers readily sold it to the two British businessmen.
It was on this piece of land, that the British built Fort St. George. In fact, the fort still stands proud today! Out of the fort, grew settlements. And as the settlements became bigger, the nearby villages and communities merged with it.
A little over three centuries later, this collection of small towns and villages converged into a city – Madras.
Called Chennai today, the city is home to a vibrant community of 10 million people. Academicians, artists, theatre enthusiasts, dancers, musicians, film-makers, fishermen, techies and entrepreneurs, all coexisting within city limits.
For years, Chennai has been the central hub for a lot of things – Tamil cinema, classical dance and music, IT, engineering and manufacturing, and most recently SaaS startups. Considering this eclectic mix of old and new, and its multifaceted nature, it’s not surprising that Chennai is home to one of the Crayon boxes.
So, in celebration of the city’s birthday, we asked all our Crayons what part of Chennai they loved best. And here’s what they replied. 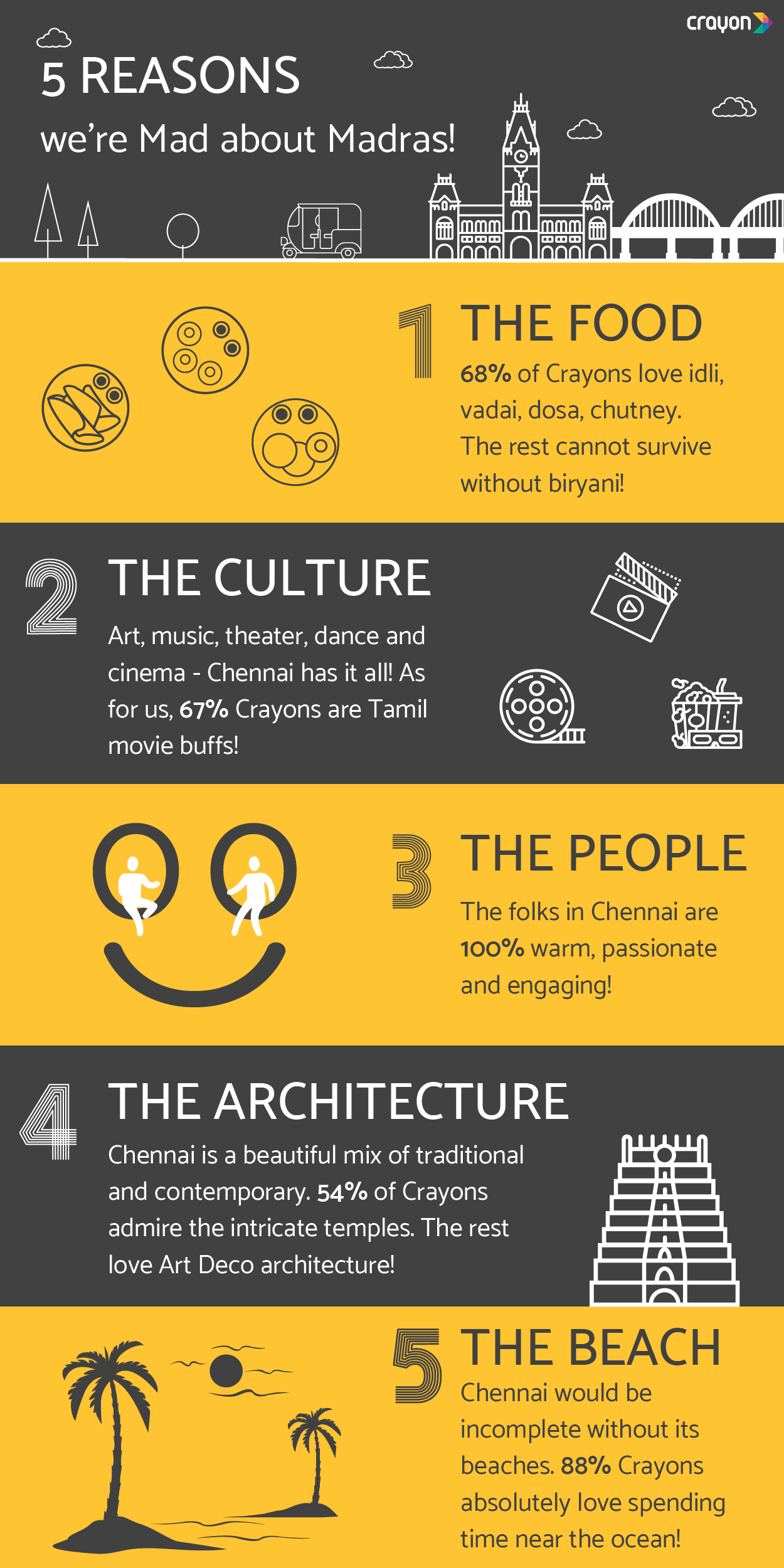