Interview with Pete Lorenzen on IBM’s new partnership with Corinthians

I recently had an opportunity to interview Pete Lorenzen, IBM General Manager, Core Business Optimization, in connection with their partnership with Brazil’s largest soccer club Corinthians to help them personalize fan experience journey with Artificial Intelligence.

Corinthians signed a 10-year agreement with IBM to modernize the technology supporting its arena. Corinthians is the first Latin American and Brazilian team to explore digital transformation capabilities with a 360-degree approach on and off the arena. 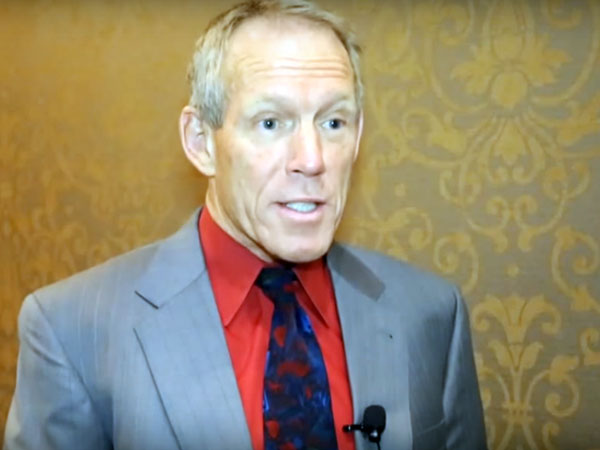 You can read the complete interview below:

1. What are the key challenges that the club faces right now with regard to its current technology capabilities, insights on players’ performance and fans engagement?

One of the main challenges the club has is the optimization of the data generated in the field. There is a huge potential of benefits to the team which comes from gathering more detailed and precise information and integrating different sources of data to extract valuable insights.

2. How does IBM help them solve these challenges with its cognitive delivery capabilities through the IBM Services Platform with Watson?

I would like to emphasize that this is a journey with Corinthians and we are co-innovating with them along the way. We are designing a solution that would replace the current GPS sensors they have on the field with an innovative technology composed by combining video cameras and RFID sensors which can capture every 4 inches of movement the players make. Then, we can customize an AI application and analyze structured and unstructured data which is currently not integrated and in silos (i.e. medical, physiological, psychological, nutritional data etc) to provide in-depth insights about the players, which will be able to help Corinthians prevent player injuries, increase team performance and reduce medical costs.

When it starts using AI for insight generation, the club will also have the possibility to obtain additional revenues by monetizing sports statistics, bringing brands to sponsor key data points which can be offered to the loyal fans as exclusive information on the app.

Additionally, on fan engagement, we are setting the grounds for future implementation of High-Density Wi-Fi technology in the Arena which will allow fans to be totally connected during the game, increasing demand of soccer fans around the world, and a challenge for Corinthians due to their current technological restrictions. The club aims to double the number of fans in their loyalty program in the next 18 months, and for that to happen, they must create a whole new level of experience for their “Locos” as they call themselves.

The AI solution will give insights to analyze structured and unstructured in-depth insights on player data like medical, physiological, psychological, nutritional data, which would help put methods in place to avoid player injuries, increase team performance and cut medical costs.

4. How does it change the way each Corinthians fan experience soccer during and after the match day, in terms of comfort, connectivity, engagement, and communication?

The connectivity provided by the High-Density Wi-Fi will be key to implement the new fan experience we’re helping Corinthians design. The fan app, powered by Watson AI, will be the hub for many types of interaction with the club and other fans, whether they are in the arena or watching the game from their home. On the app, they will have access to a wealth of new information such as information about the club, the weather forecast for the days of the matches and transportation services. It will also be possible to buy tickets through the app and accumulate points in their loyalty program.

In terms of comfort, IBM has solutions that can help Corinthians provide a seamless experience for their fans, such as: when they buy a t-shirt from the official club store through the app, upon arrival at the arena getting a push message saying that their merchandise will be waiting on their seat. This is just an example of how IoT and analytics can be used to create engaging fan experiences, and this is currently being discussed with Corinthians for future implementation.

The loyalty app will potentially also have a Watson concierge which will interact with the fan in real language, emulating the mannerisms of the fans themselves. The club expects fans to use the app not only during the matches but before and after, to communicate with other fans commenting on the game plays, as they already do in online forums. The app is intended to make it easier to have Corinthians as part of the daily lives of the fans.

5. Tell us about the improvements on their legacy systems, cloud infrastructure, current access turnstiles in compliance with FIFA standards and the management of ticket selling.

IBM will start by updating the Arena’s turnstiles to FIFA’s open standard, implementing biometrics which improves the latency of the system and mitigates potential frauds. Corinthians will also be one of the first clubs in the country to have turnstiles fully adapted to people with disabilities, as well as a new touch-less biometric system to access the VIP cabins.

We will also modernize the security infrastructure of the arena, updating their control dashboard and recorders. The project is set to implement a hybrid IT architecture for the Arena, migrating part of their infrastructure to the IBM Cloud while the rest of systems will be left on premises, improving SLAs and security.

The fans’ ticket buying experience will be improved with IBM. We have acquired their ticket selling system and will perform code modernization to redesign the user interface, implementing new features such as the possibility of accessing the arena with a digital ticket. An API will integrate the system with the club’s new loyalty program so that the client is able to accumulate points and exchange for tickets and other products.

6. What are the key AI trends disrupting and dominating the sports industry in 2019?

Player performance, injury prevention, and fan experience using the AI solutions that are highlighted in my previous answers.

Source: AP Pelé, the Brazilian king of soccer who won a record three World Cups and became one of the most commanding sports figures...

Interview with Russ Ruffino, CEO of Clients on Demand, on Customer Acquisition and Adopting a Growth Mindset

In this interview, we sit down with Russ Ruffino, world-renowned marketer, CEO, and Founder of Clients on Demand (COD). Russ and his team help...