How to launch a product remotely – Lessons from Lockdown

A story of successful product launch – Our vision here at Crayon Data is to simplify the world’s choices. We believe there is always a simpler way to do things. But the algorithms we work with aren’t always visible to the naked eye. For months we tried over and over again to illustrate the beauty of our solution to our customers, who couldn’t touch nor feel our product. That is how this product was born. To help our field sales team better articulate what we do, in a tangible manner, to business users. Who, at the end of the day, are consumers just like you and me.
Today, we recount the story of bringing this product to life in a focus group discussion with the platform team. 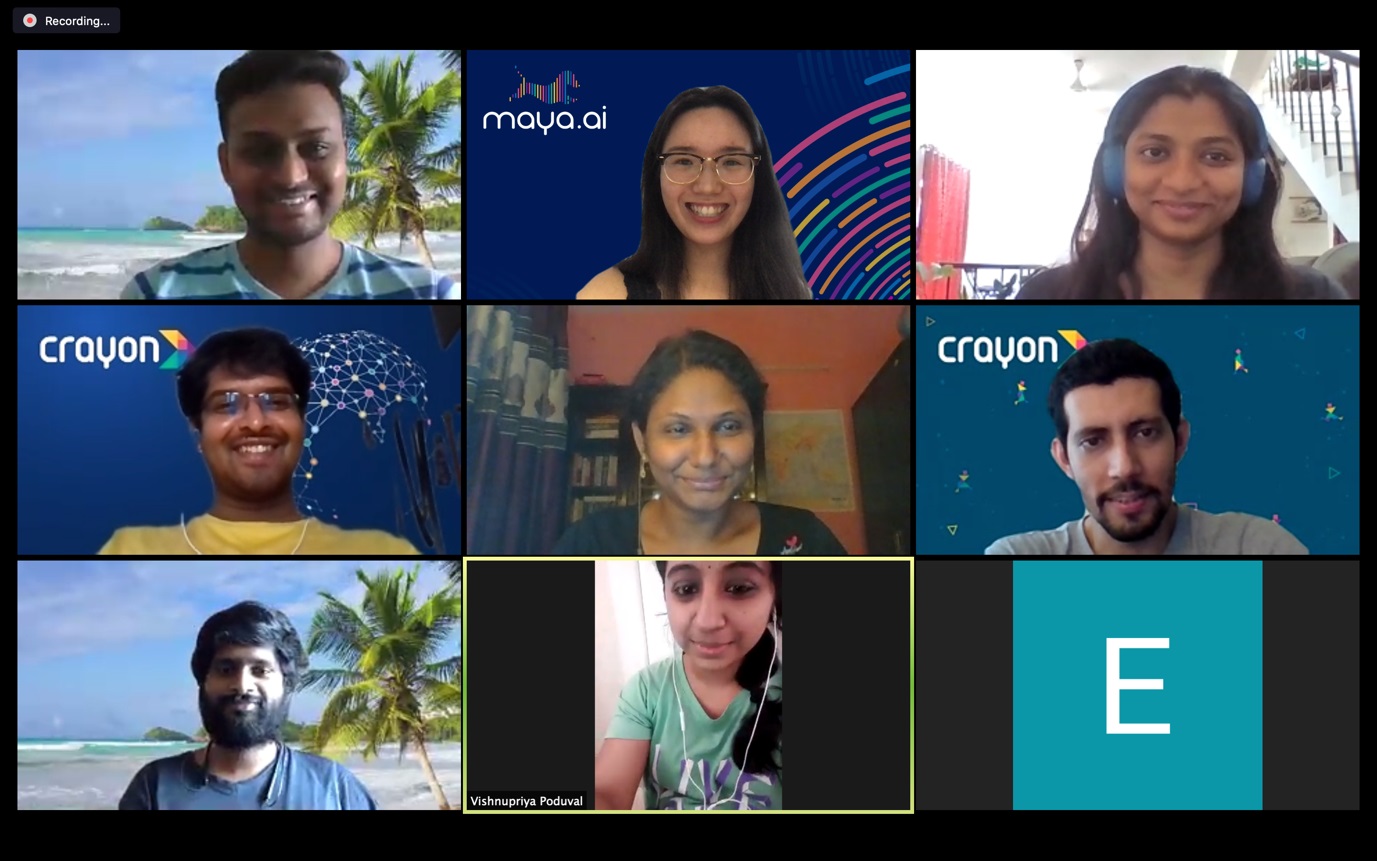 The development team consisted of 11 people. By no means was this an astronomically huge group to manage remotely, but if you’ve ever been on a video conference with 11 people brainstorming together, it is not a pretty scene. Periods of awkward silences while waiting for a team mate to respond (while he might have been away from his keyboard), punctuated with outbursts of 5 to 6 people attempting to speak all at once. But these challenges in teleconferencing did not stop the team from delivering. And how.

As with any product development process, there were three main stages:

Thankfully for the team, much of phases 1 and 2 were already completed before the worldwide lockdown began. Halfway through their final user tests, Crayon, like other businesses in India, moved to a remote-working model. The team had many interesting insights and learnings to share about adapting their launch and release at a strange time like this. 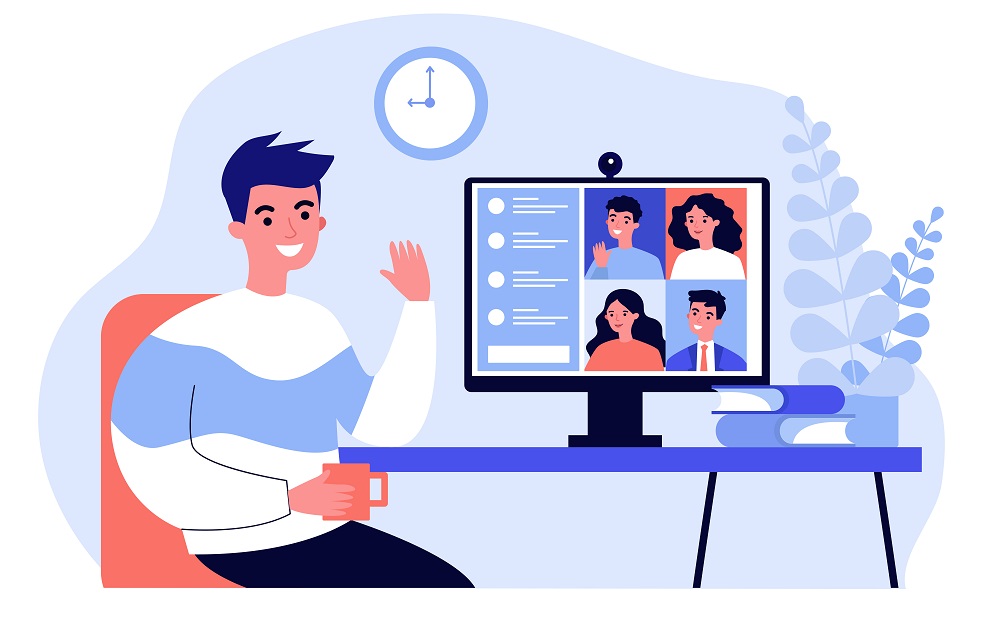 In day-to-day work, life goes on. Much of the data science work the team does is an extremely collaborative process. Iterating and continuous testing was the norm in the office. The team would huddle together, pointing out where and what went wrong. With remote working, the closest proxy to this physical interaction is to pick up the phone (WhatsApp call, Zoom or Microsoft Teams, whatever you’re using), and call your team member immediately. Just as you would tap the shoulder of your teammate in the office, give them a virtual pat with a call instead.
“When there is a question, we get on a call immediately to resolve it then and there, and not wait till the end of the day for our wrap up call. That has helped us approach things a little faster,” says Nrithya Saravanabhavan, a data scientist on the team.

Give instructions as clear as day

To add complexity to remote working, the nature of product development and data science requires a lot of face-to-face contact and iteration. This is especially true of the testing phases, where physical meetings allow developers and UI/UX engineers to gauge reactions and responses of testers in real time. All tactile feedback is lost in translation over a video call. Coupled with poor connectivity, there are many things to be missed about the office.
“We seriously miss the [physical] whiteboard!” says Shankar Ganesh, Data Partner and Lead, “[to convey the same] understanding of the point is so much easier when you can draw it out for the person.”

To overcome this shortcoming of conference calls, the team has learned that giving clear instructions, is a surefire way of reaching a common understanding.
As part of the product launch and release, the team had plans to put together a video documentary. Before the lockdown, it was easy to record videos of the team’s daily standups in the office. But on video conferencing, a screen recording does not capture the same level
excitement, as vividly. Hence, Sunny Swetank, the product manager, decided that every team member was to record a simple video of themselves talking about their role on this journey. He came up with a list of question for each of his teammates to answer. He prepared guidelines on how to frame and position the video as well. For example, with a clean, non-distracting backdrop and no background noises. To eradicate all ambiguity, Sunny even filmed a video tutorial of himself to illustrate the rules he set out in the guidelines, to make it crystal clear of what is expected of the team. The team followed suit, and the videos turned out perfectly!

If a picture is worth a thousand words, then a video is worth a million

On the day of the product launch, the video documentary, along with a PDF release note, was shared on an internal channel on Slack. The video received over a hundred emoji reactions, with many Crayons commenting on their favorite quotes and clips from the video. My personal favorite (amongst others) was this quote by UI developer Karunamoorthi, “The most difficult thing that I faced in this project was satisfying the UX designer.”
“We wanted a meaningful and impactful launch… Slack is not a conducive medium for long explanations. A textual note mentioning the different team members does not give an idea of what they have worked on,” says Sunny, product manager and lead.
The video documentary turned out to be a huge success for two reasons. First, much of the company was ecstatic to see their colleagues on screen. It’s one thing to be on a work-related conference call with them, and another to see them in a well-produced video. The latter gets people all hyped up and excited.
Second, it gives a sense of ownership and recognition. Not only to the team members involved in the project, but also to the wider organization. As Crayons got together to celebrate the achievement of their co-workers, there was an underlying sense of camaraderie. Which, in times of a global pandemic, offers a lot more solace than one might imagine.
The biggest takeaway here is to consider the right medium of communication when delivering a message. Videos, as illustrated in this story, are often more effective than words alone.
No one knows when lockdown restrictions are going to be lifted, and even then, working-from-home is likely to become the new way of life. We hope that the lessons from our product team’s journey can help your team in navigating this new norm. The moral of the story is, when in doubt, communicate!

A big shout out to the team: 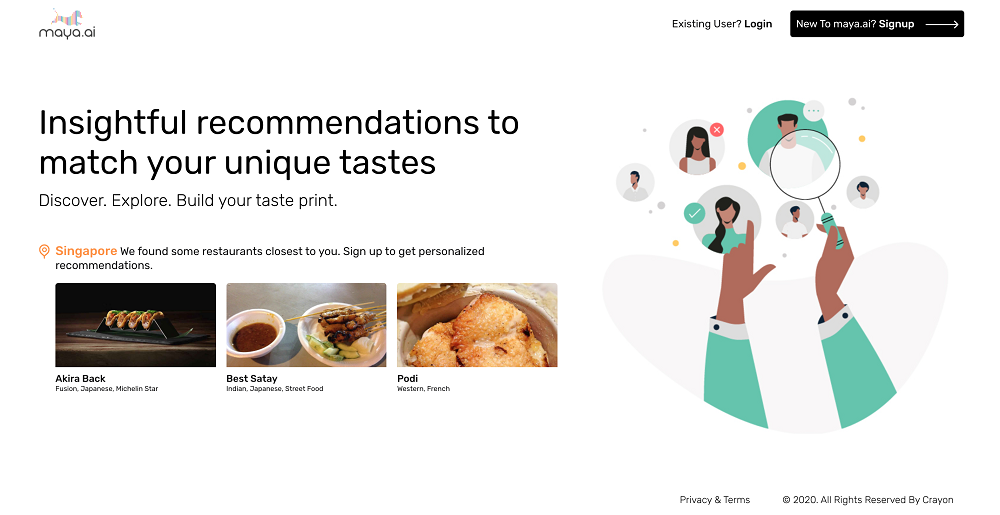